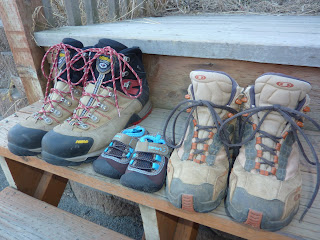 I became a mother the week of the Sandy Hook Elementary school shooting, which was 10 years ago today.
My son wouldn't be born for another nine months and I didn't even know I was pregnant as I sat watching the horrifying news. The slain children were so young, was all I could think, though I know now that it doesn't matter how old they are -- they're still your babies. The waves of shock and grief rolled over me in a different way, differently than other school shootings I'd seen on TV.
We were hoping and trying for a baby, and the Sandy Hook massacre fell during what's called the "two week wait," when you've, ahem, done all you can do and then you wait, not so patiently, to see what the pregnancy test will say. It's a delicious little secret to carry around; I kept looking in amazement at my (then) flat belly and wondering if it was home to a little flame.
A little flame, I was starting to realize, that could be snuffed out at any moment, by anyone with easy access to weapons and unchecked emotional fervor. What was I doing? I remember thinking. Why would anyone bring a child into a world like this?
This isn't an essay on gun restrictions or safety measures, although it could have been. I will never forget Sandy Hook because of its proximity to my pregnancy, and because even in a nation where gun violence is heartbreakingly common, that one was particularly devastating. I think often about what it might take to fashion a world where parents aren't scared to send children to school (I have been that parent).
Instead, this is a (short, cause mama's tired) essay reflecting on being a parent for a decade, and what it means to live with that weird mix of fear and hope. I feel like I deserve some sort of 10-year pin, but tonight I made chicken and rice for dinner and drove kids to school and ski practice and treated a bad diaper rash and excavated a dozen snack wrappers from the seats and floor of the car and life goes on.
Before fear, let me say a word about sharing your body with another living creature. Here's a fun tally: of the last decade I've spent 27 months pregnant and 79 months breastfeeeding (holy crap this is why I'm so exhausted). Grand total of using my body to grow/nurture a human: 106 months, which is 8 years and 10 months. That was a really nice break in there when I ran a fast 5K, wore normal bras and was less hungry. Good times. 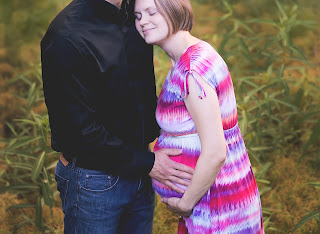 The physical demands and risks of pregnancy and the aftermath have been much noted, and perhaps even more so in this post-Roe world. But this isn't an essay about that either. This is an essay to say that I chose this and I would choose it again and it is altogether more demanding than any marathon or trail race I have ever done and I have climbed mountains in sleeting conditions and forded rivers in those. To choose to bear a child is to chose a transformation of physical self, and even a death. I am here to tell you that you will loose something in the process -- perky breasts? non-leaky pelvic floor? pre-pregnancy shoe size? There are so many options! There will be loss and there will be grief and these are not to be passed over lightly. You will lose something and you will gain something "better" but you will be more whole if you acknowledge all of these things. Do not trust anyone who demands you gloss over what this has cost you.
Back to the fear. I live in a safe neighborhood in what is a decently safe town. But let me tell you this one thing. My two older children attend a school where, due to blended age groups, we could have put both of them in the same classroom this year. We did not. The official reason is because they needed their own space, they have vastly different personalities, they needed to mature their social skills independently. This is all true. Here's the just-as-true reason: I could not bear to have my two kids in the same classroom in case there is a school shooting. I thought about this regularly during the enrollment process. I thought of this years ago when we chose this school and knew it would come up this year. I was relieved I had a "good" reason about giving the kids space so I wouldn't have to admit my deeper fear.
I don't consider myself a person bound by fear; I'm rather non-risk-averse, to the chagrin of my pragmatic husband. Also I love Jesus, which really does help. But to be a parent is to carry that low level of fear in your head and heart and in your gut. Your heart, as they say, is walking around outside your body and you are not in control. There are plenty of things beyond your control -- a mass shooting is just one of many dangers in our world. You hold this inside and then you show your kids as much love and joy and wonder as you can muster.
My oldest son and I were talking about stress the other day. He said he doesn't really feel much stress in his life. I said that was good, that kids shouldn't feel stress. In fact, I added, it's the responsibility of the grown ups around him to monitor and mediate that stress. He was surprised by this. The challenge of parenting, of course, is how to (reasonably) buffer your kids from the stresses of life without taking them all inside of yourself.
A decade into this gig, I'm not sure if I'm older, wiser, more calm, more joyful (depends on the day, except that I'm definitely older). I think I'm more grateful. I think I'm the most grateful I've ever been. Stories like Sandy Hook or your neighbor's cancer diagnosis or a fire at the home of an acquaintance remind you to practice gratitude for every little joy and little person that is in your life. I look at my children with awe: you are who I always wanted. 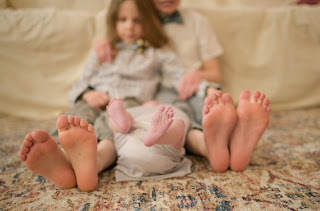 Decade number two with kids begins now. This will be the one where (hopefully?) one of them moves out and goes to college or a post-high school life. I'm already feeling some of the seismic tween shifts, attitudes and slightly obsessive hair styling. I've heard this phase will be less physically demanding (my toddler will eventually use the potty, right?) but the emotional work will be harder. Maybe the fears will sharpen too, and take different angles with cars and (gulp) dates and phones.
I'm here for it. I love you, boys.