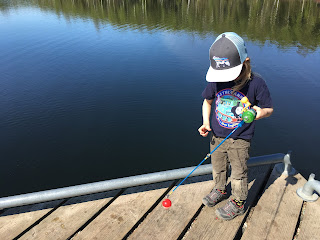 Me: Okay, let's say our bedtime prayers (begins the usual one).

Me: Oh that's great! Go ahead.

Me: Thank you, sweetie, that was perfect.

That's not fair, my children yell, approximately 47 times a day, since the pandemic began. They did this before COVID, too, but all the time hunkering at home seemed to exacerbate it. Things came to such a fervor pitch that one night my spouse got out the food scale and gave each child 80 grams of ice cream in identical bowls. Someone still complained the other got more.

I know fairness is important to children, and perhaps all the more in COVID times when so many things really were not fair. It wasn't fair that one of my children didn't even get a birthday party (except on Zoom) because it landed as the pandemic began. It wasn't fair that we missed trips to see family or playdates with friends. It wasn't fair that we couldn't to the museum or the library or the indoor pool for so long (and it's not fair that we had just started doing those things and the Delta variant has made us reconsider). Things haven't been fair for grownups during COVID either, but we have a lot more life history to go on. My middle child has spent about a third of his life in a pandemic; my youngest an entire life.

When my 5-year-old prayed for fairness, I'm not sure about his intentions. We often pray for those experiencing homelessness and hunger at night, and so maybe he meant them. Or maybe he was referring to his frustration that his older sibling has more LEGOs. It's hard to say.

Both the Old and New Testaments of the Bible talk about justice, but I'm not sure things are very fair. Was it fair that Jesus praised a widow who gave only two cents to the temple while He chastised the wealthy for their large gifts? Was it fair that in the parable about the prodigal son/forgiving father, that the boy was welcomed back after squandering half his father's estate? Was it fair that Jesus forgave Peter after Peter denied and deserted him? Was it fair that in the parable of the workers in the vineyard. the owner of the vineyard pays the same wage to those who started in the morning and those who began work in the afternoon. None of this is really fair, but God's justice and mercy don't seem revolve around our ideas of fairness.

In the parable of the workers in the vineyard, Matthew 20:1-16, the vineyard owner says to the complaining workers who all got the same daily wage no matter how long they worked, "Are you envious because I am generous?" To which my children would honestly say, "Yes!" And sometimes so are we. We're often envious when someone gets something that we worked hard for. Hell has no fury like someone who spent years working to get to $15/hour only to hear someone else might get that to begin with. We are envious when someone is generous.

I can't speak to the intentions of employers or human institutions, but I can say this about God: God is generous. That's the point of all those stories where someone is wildly forgiven, accepted, blessed and welcomed as they are. God is ridiculously, obscenely generous. This doesn't necessarily mean fair.

My children's grandpa is visiting this week (thank you Jesus for vaccines and COVID tests). There have already been tears and protests about who gets more one-on-one time to fish and play with Grandpa and whether the distribution is fair. What if someone gets more time? Catches more fish? Or heaven forbid, gets an ice cream cone during their special time? Save me, Lord.

We had a chat about it tonight at bedtime, the kids and I. It may not be fair. The kids are at different ages and abilities and the fish in the streams don't care about fairness. But just like in the Bible, fairness isn't the point. In the Bible, the point is that God is generous. In my house tonight, the point is that Grandpa is generous and we are all together and we have everything we really need. That isn't fair, in these times when so many have lost so much. It isn't fair, but accepting the generosity where you have it, is so, so good.