Bedtime theology with the 6 yo... 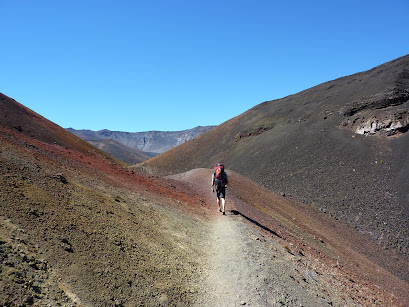 (After reading the story of Jesus' temptation in the wilderness)

6 yo: Mom, why did God want Jesus to go out into the desert?

Me: Well, the story said that's where Jesus was tempted.

6 yo: Yeah but why the desert?

Me: I'm not sure. Maybe there weren't many other people around? But the story says that's where the devil tempted Jesus to make stones into bread and all that.

6 yo: Why couldn't Jesus just make the stones into bread?

Me: Well, that is a good point. But I think the point of the story is that we want to be aware of who is tempting us to do what. We want to listen to God and not others.

6 yo: Okay but I wasn't asking for the point of the story. I wanted to know why God wanted him to go to the desert.

Me: Hmmm. Well, I don't know. But that is a really good question.

It's tempting for a parent to try to make a moral lesson out of a Bible story instead of sticking with the child's actual question! But I didn't have an answer, anyway, at least not on the desert part. I could have said that desert and wilderness places in Scripture are often about testing, struggles, patient endurance and deep learning. But I really don't know why Jesus had to go to the desert.

Temptation becomes a moral boogeyman in some forms of Christianity. Don't wear a short skirt, girls, or you might tempt the boys into sin. Don't take a sip of that wine cooler (where are my 1990s peeps?!) or you might be tempted by the hard stuff. Some temptations are presented as yes or no, good or evil, sinful or life-giving. As an adult I know that the truth is more complex.

I played a little game with my kids after this conversation. Let's practice saying no, I said, if someone tempts us to do something we know isn't right. Hey kid, let's go to Fred Meyer and steal some candy, I said to my 6 yo. What do you say? NO, my child yelled. We did a couple more, and it resulted in more giggles than expected. Maybe it's fun to say NO to your mom?

I remember childhood temptations of a similar genre. I was tempted to steal candy. I was tempted to cheat on a test. I was tempted to lie to my parents about where I was going and what time I was coming back. I didn't do all those things, but I did some of them. All in all I was a "good kid," though, and felt like I was generally winning at avoiding temptation.

That's a sneaky trick, isn't it? I avoid temptation to cheat and steal and lie as a grown up, so I'm a pretty good person, yes? I didn't know as a child of the more tenacious, insidious temptations. As an adult, I'm tempted to say a snarky word on social media to someone who votes differently. I'm tempted to rest in my white middle-class privilege instead of choosing to be anti-racist. I'm tempted to ignore opportunities to speak out when I see racism, classism, sexism and transphobia. A confessional prayer from the Lutheran Book of Worship (green hymnal) asks God to forgive us for "what we have done and for what we have left undone." I find the latter the most tempting, and a cunningly easy path that leads not just to the dehumanization of the other, but of my own soul, too. It's simple to do nothing in the face of evil.

I don't know why Jesus was in the desert literally or figuratively, but we might find ourselves there, too. Wilderness places might offer distractions, temptations, but they might also give us the clarity born of hardship and struggle. The desert may engender compassion. I hope my kids find resilience for their own deserts someday, and, then, the insight to see the sneakiest temptations, and the courage to speak up.